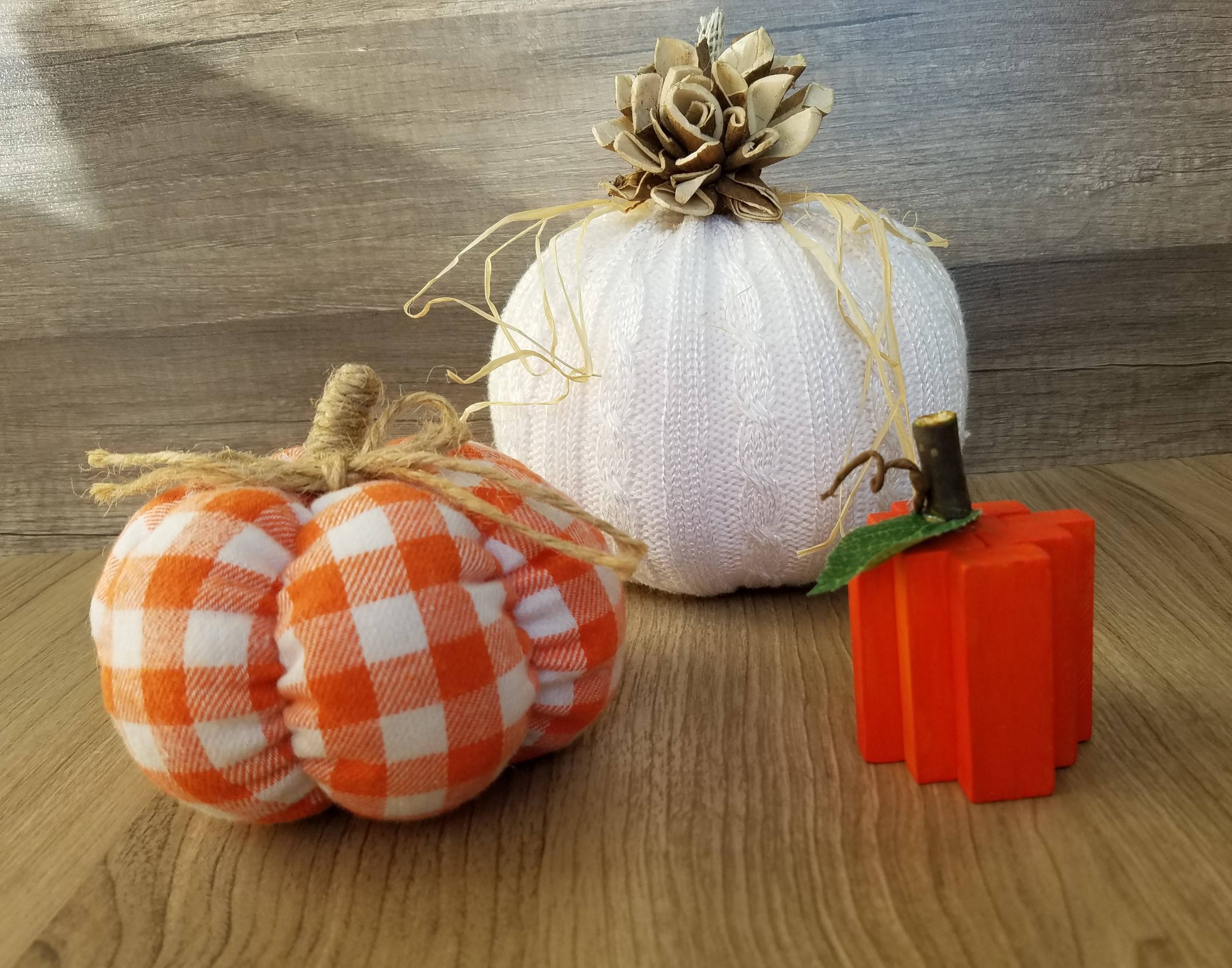 I started off by gathering my 9 Jenga blocks.  The tower game from dollar tree has some blocks that are a darker color.  I recommend only using the natural/lighter wood color blocks for this project.  The darker colored ones will be harder to paint over.  You could use one of the darker colored blocks for your stem piece though.  I then painted each of my blocks orange.  I mixed just a little brown paint in with my orange paint to tone down my orange paint.  I painted all sides and edges of all my Jenga blocks.  I thought this was easier than trying to figure out which sides would not show when it was all put together.  Feel free to paint your pieces a different color to fit your style and décor.  Also remember if you are using one of the Jenga blocks as your stem, then this should be painted brown or left unpainted.  I used a piece of wood I found outside for my stem.  So, I painted all of my pieces orange.

Once your pieces are dry it is time to assemble them.  Start by placing one block flat on your table.  Apply some glue along the block on the table, then place a second block on top of that block, but only half way on it.  The other half of the second block should stick off from the first block.  Then place a third block next to the second block, also half way sticking off of the first block.  So, you will start with the first laying consisting of only one Jenga block.  Then the second layer will consist of 2 Jenga blocks, but you will want to offset them from the first layer.

For the third layer I started by placing one Jenga block directly in the middle, then placed one Jenga block on either side of this middle one.  So, the third layer will contain 3 Jenga blocks also being offset from the layer below.  If you choice to make your pumpkin stem out of the Jenga block piece, then this middle Jenga block is the one you will need to move up so it will stick out at the top.  Also when assembling make sure you are gluing your blocks straight so that the pumpkin has a smooth flat bottom, and will sit nicely when it is dry.  You may want to test this occasionally as you work and make adjustments accordingly.

For the fourth layer you will only need 2 Jenga blocks.  They should be off set from the last layer.  Then finally the fifth layer contains only one block, which is to be placed in the middle of the two blocks from layer four.

If you wish to make a bigger pumpkin, then continue adding an additional Jenga black each layer until you are satisfied with its width, then gradually decrease the number of Jenga blocks by one for each layer till you get down to one. You could also make this pumpkin taller by adding Jenga blocks on top of the previous blocks, to make them two or more blocks high.

Now it is time to add your decorative pieces.  I added the piece of wood for the stem.  I then went through my craft supplies and tried different items till I was happy with my pumpkin.  Sometimes keeping it simple is best.   For my pumpkin I added one leaf and this twig like piece. The twig piece was from a string of berries I got from dollar tree, but I cut it off befroe I reached the berries. I then just twisted it around my fingers to get the spriro affect. I used hot glue to attach these items to my pumpkin.

If you are interested in learning how to make the white sweater pumpkin in this picture, then click here.