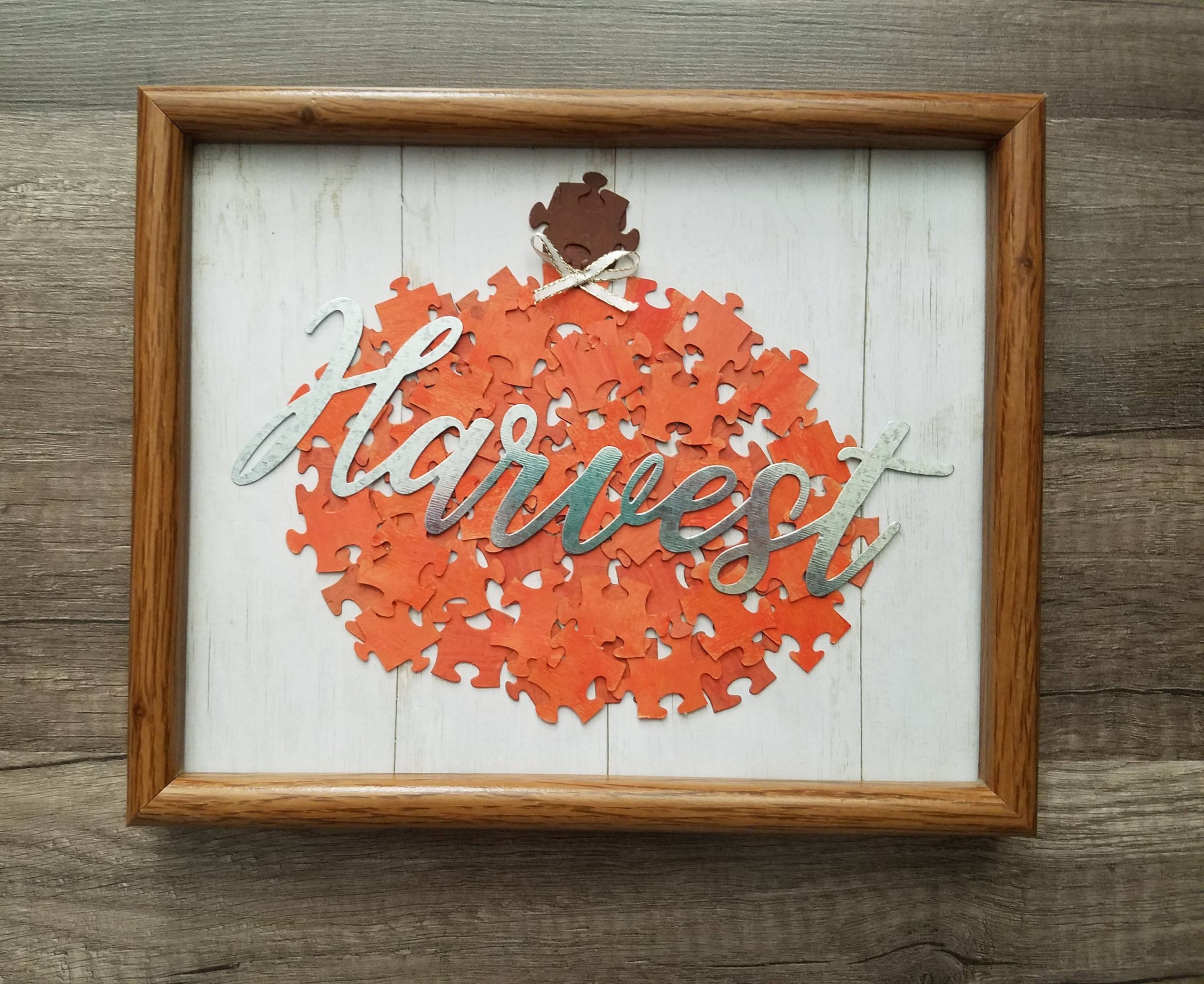 The picture frame I am using was a beautiful old wood frame, which did not have a backing.  So, I had to trace my frame over some cardboard I had on hand.  I used a cereal box and glued two pieces together so it was thicker.  I used this instead of other cardboard so it was not to thick.  By gluing the two pieces together it also covered the logo of the cereal box and thus I did not have to paint over it.  I used my frame to trace the dimension I needed and then cut the cereal box with scissors.   Since your frame will probably have a backing already, you will not need to do this extra step.  I then took my cardboard backing and traced out my cardstock background.  I then used scissors to cut out the cardstock.  When applying my glue for gluing the cardboard pieces together as well as gluing the cardstock on top of the cardboard backing, I used Elmers glue.  I applied a good amount of the Elmers glue out, then used a rubber brush I purchased at dollar tree (it is actually supposed to be a makeup brush) to evenly spread out the glue.  You will want the glue to be smooth and flat so you do not have bubbles or bumps in your cardstock.  Each time I place a book on top of my pieces while it dried.

While that is drying you can paint your puzzle pieces.  At first, I thought my orange was to bright.  So, I added a bit of brown to tone down my orange.  I also realized I needed more puzzle pieces than I originally thought I would.  So, I fired up my laser printer (Glowforge) and cut out another sheet of my puzzle pieces.  For the second set of puzzle pieces I did not add the brown to my orange.  Here is the settings I used to cut my cereal box with my Glowforge: speed 170 power 30   It did not matter if the shiny side or the cardboard side was up or down in the Glowforege.  I also did not tape the cardboard to protect it.  The laser did not leave burn marks at this setting.  This setting was nice because most of the puzzle pieces had to be lightly punched out, which meant I could take the entire piece to my work surface without having to pick up all the puzzle pieces out of the laser printer.  It also made it easier to paint.  I painted all of my pieces, before I punched them out.  You could also cut these pieces with your Cricut.  As for which side of the puzzle pieces to paint, I think the cardboard side required less coats of paint to cover, but made my paint a little darker.

Now it is time to add the puzzle pieces.  I recommend attaching your backing to your frame now.  The frame will cover some of your background and by having the frame in place you will know where your edges are.  This will also prevent you from accidently making your pumpkin to big.  I also recommend making a round outline of your pumpkin with your puzzle pieces first to get the basic shape you want.  Just make sure not to make the edges to smooth and straight, unless this is the look you are going for.  Once you have the outline laid out you can glue them down.  Then just add puzzle pieces randomly till your pumpkin is filled out to your liking. Some of my pieces are darker than others.  I like that I have different shades or orange, but I want the brighter orange colors to show more.  So, I placed my darker puzzle pieces down first, so that they would be covered more by the brighter pieces.  Some of my puzzle pieces were curved a little so after I glued them all down, I placed a book on top of it to help everything glue flat and stay down.  If you have the frame on, then I also recommend placing a book or something on the bottom as well so the top weight does not make your cardboard droop down.

Now it is time to add the finishing touches.  I first attached my galvanized word with my Gorilla glue since it was close by.  Hot glue would probably also work well, but I did not want to turn it on just for this one piece.  Lastly, I added a small white bow.  In my mind I wanted a cream lacey bow, but I did not have any ribbon like that.  So, I just went with the closest thing I had on hand.  I also used gorilla glue, since this is what I had out.  I then placed a book on top of it as it dried.

How To Make A Scarecrow Out Of Terra Cotta Pots