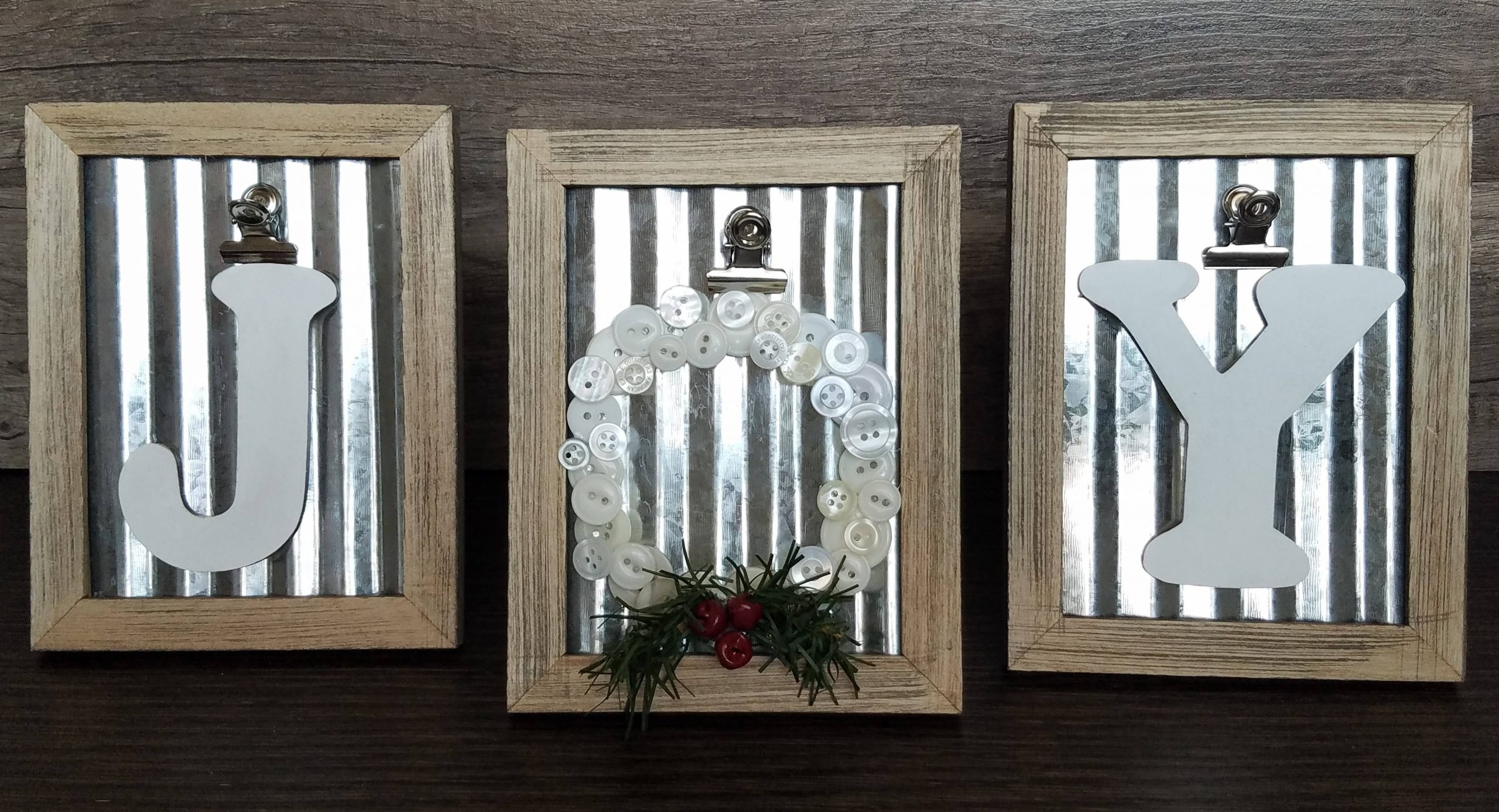 I kept the clip piece that came with my frames, but you could remove this piece if you want.  I decided not to remove it because it gave a little more character to the piece.  If you do decide to remove the clip, then there will be a small hole that will show.  So, you will just need to make sure you cover this hole with your letters and wreath.

I started out by placing a round items about the size I wanted my button wreath to be on one of my frames.  Then I placed some of my bigger buttons around this item.  This allowed me to get a nice circular shape.  I then took my hot glue gun and glued these buttons to the frame.  Once the base of my wreath was glued down, I removed my round item.  I then glued smaller buttons on top of the base layer.  I stared off by placing the smaller buttons in between the gaps of the lower layer of buttons.  Then I glued some random buttons in gaps and places I felt they were needed.

Next, I took a small piece of Christmas greenery and my three red bells and hot glued them to the bottom of my button wreath.  I laid the pieces out first to see how they would look before I glued them down.  At first, I was going to put the greenery upward, but then decided it looked much better facing downward.  You could also make a bow instead of doing the greenery and bells.  You could also dry brush on a little white paint on the tips of your greenery or use a fake snow spray for a little extra touch.  I decided not to do this because of the greenery I used.  I might have done it if my greenery was spikier/pine needle looking.

Now it is time for the letters.  You can find an SVG file for free in my Library.  Click here to go to my library. I added the letter O as well in case you might want it for another project or it could be used as a template to put your buttons on.  Once you have your letter, paint them white, or the color of your choice.  You only need to paint the front side of your letters. Next, use your hot glue to glue them to each of the other frames.